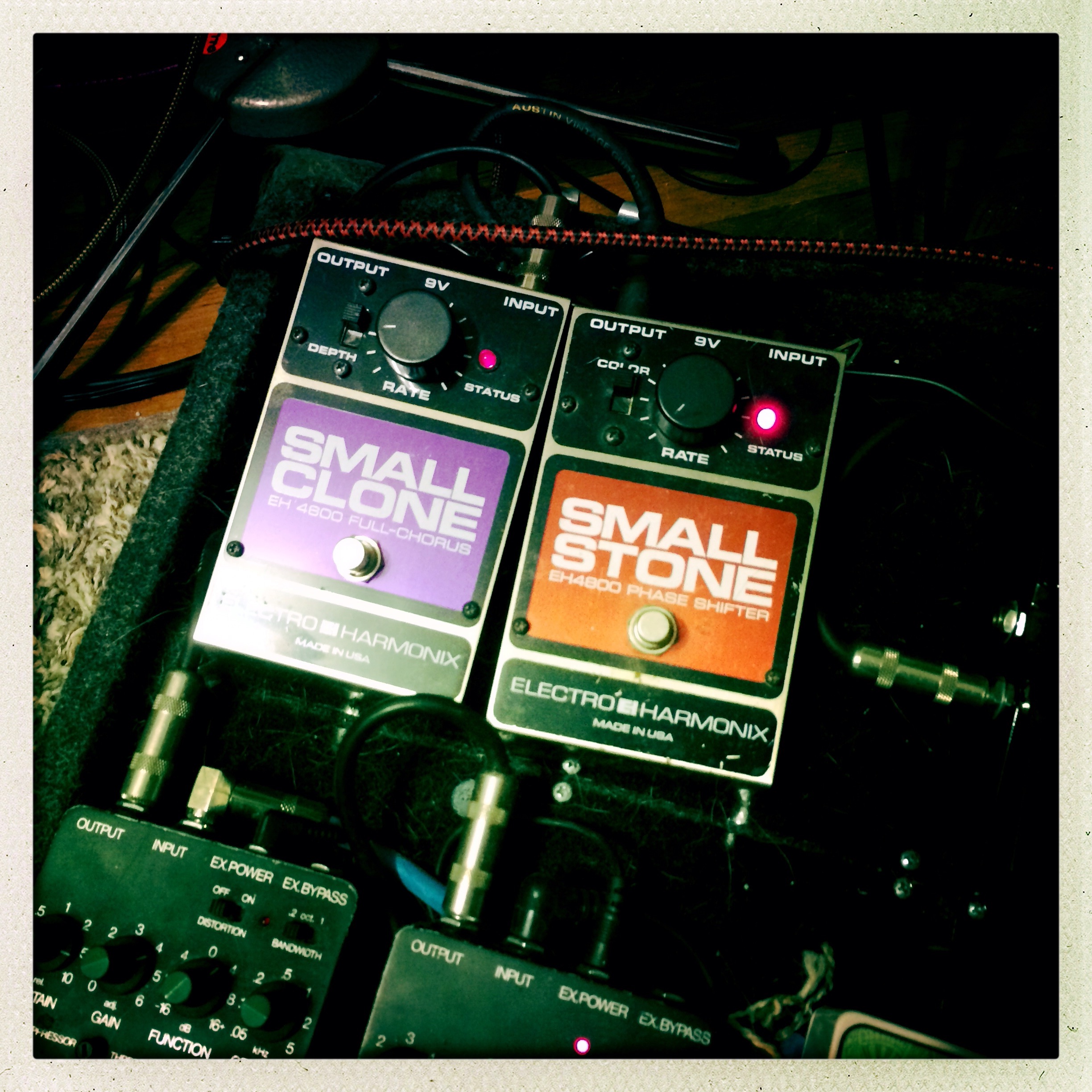 Like most (but not all) of Season 11's music, no keyboards were used.  This was in an effort to get back to early BGC and away from the synth-heavy sound of Reconstruction. On Chorus, I used those two pedals, but the sounds you hear are being generated by the venerable Danelectro baritone guitar and being played live through another pedal.

Thanks to the efforts of our warrior coder poet, the Notes section of trocadero.net went live today, with entries going as far back as 2004.