Looking forward to seeing you all at RTX this weekend.

There are two events where you can catch me:

2.  I'll be playing a few songs at the RTX SideQuest Lounge event at Buffalo Billiards (201 E 6th St) on Sunday.  I'll go on around 10pm.  Not sure if tickets are available, but the venue is 18+

I'm excited to announce the availability of Trocadero's new release When We're Together, which celebrates the band's 15th anniversary and a decade of collaboration with Rooster Teeth.

This CD/DVD combo contains the entire concert we performed at RTX 2012 in both audio (CD) and video (DVD), with a setlist going as far back as Vale Deah (RvB01 end credits) to Bolt (RT 10-year retrospective video.)

In addition to the live songs, the CD contains four bonus studio tracks:  Carolina in the Morning from RvB10:E11, Contact from RvB11, and instrumental versions of Colors and Good Fight.

We sweetened the DVD with additional live footage from our first show and other concerts, interviews by Burnie and Matt, and a 10-minute Story of Trocadero video narrated by the handsome Miles Luna.

You can preview all tracks by going here

TAGS: When We're Together, RTX, Live show
Posted by: nico

For this anniversary month, we've some special announcements for you here and on http://www.trocadero.net -- the first of which is a soon-to-be-available CD / DVD called When We're Together, which will include footage and audio from our 2012 RTX performance.  To give you an idea, here's a preview video of Steady Ride (Gun Metal Green), which originally played over the RvB Season 2 DVD end credits.

Thank you to Rooster Teeth for flying us out to Austin, for filming and editing the show, and for sustaining the weird little brand of music we make.

Thank you to our fans for supporting us.  We <3 you.

Hey Boston Fans! Trocadero's own Martha Marin will be playing next Thursday in Jamaica Plain at The Haven! Make sure you go and go early! 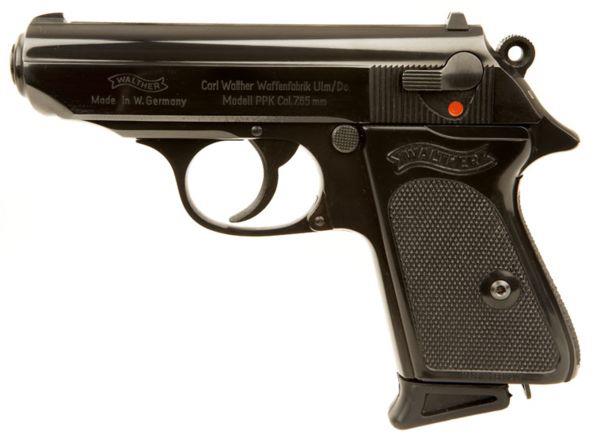 I apologize if that's the "wrong" Walther.

I'll talk about this more at length in a future post, but basically, James Bond was a big influence on me, and for the band eventually. For me because my deceased father LOVED Bond, to the point where he owned a correctly-painted charcoal grey Aston Martin. And because, whenever I listened to the old soundtracks, I always heard baritone guitar.

In fact, one of the covers we used to play during our early shows was Carly Simon's Nobody Does It Better -- we did it with respect and fun, and I have a horrible recording of us playing it where I'm flatter than than a pancake, and where Brandon kills it, and if you're really a fan of train wrecks, well here it is.

All this preamble just to say that there's a documentary on Netflix called James Bond 007: Everything or Nothing, and it's pretty cool, so if you have Netlix, check it out!

TAGS: Nobody Does It Better, James Bond, Live show
Posted by: nico

If you saw the Trocadero performance at RTX and recorded it in its entirety on any kind of device, I would like to hear from you.

I'm not looking for video, just audio that was recorded within the crowd. This is so that, in the event we release a live recording, we can have the option for more "ambient" / "crowd" audio.

We'll be playing at the Middle-East upstairs in Central Square, Cambridge, Massachusetts, tomorrow Friday, April 25, for the ROFLcon concert.

If I'm lucky, I'll have my picture taken with Leroy Jenkins.

[EDIT: I did get my picture taken with Leroy! He is a really cool guy who had awesome tales to tell of being mercilessly hunted on his PvP server because everyone wanted a screenshot.] 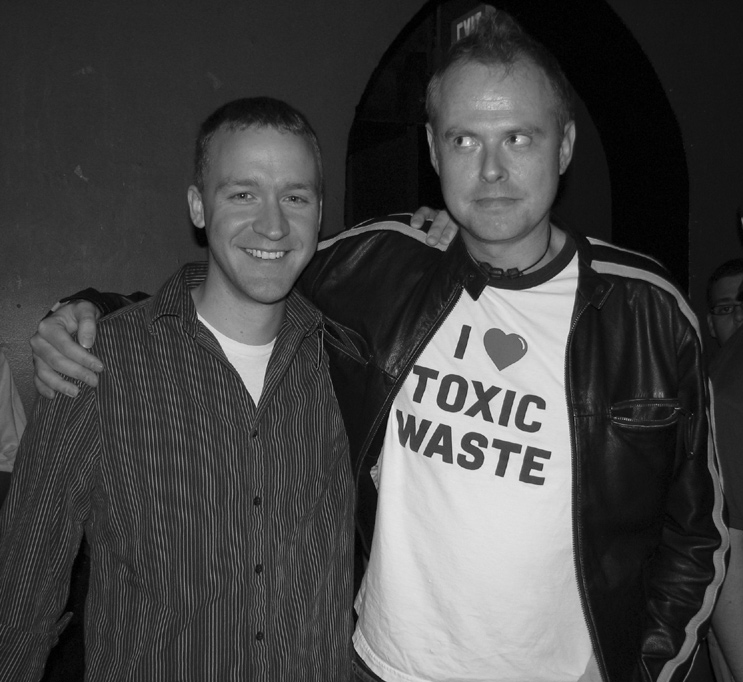 There are certain places or events which transcend the amazing people who create such events, either as organizers, or participants.

I know a lot of you had to make sacrifices, financial and otherwise, in order to attend RvBTO 3, and we want to thank you all, from the bottom of our hearts, for giving us such a great weekend.

The show was fun, loud, and sloppy, but had that energy, the one that makes writing and performing music a fundamental part of life.

I want to especially thank the people who purchased the 50 copies of the Toronto Mixes CD that we created. You are all very special (in a non short-bus way), and I hope you like the CD.

Thanks to everyone who made it to our show at TT's back in April! We've been in the studio working on our followup CD, and we'll have some new clips for you to check out in the near future. In the meantime, we have two shows lined up:

Friday, July 6: The Lizard Lounge 1667 Mass Ave, Cambridge, Massachusetts. The show is 21+, we'll go on around 11:30PM, but we'd recommend getting there a little early since the show might sell out, as we're playing with the ever so awesome band Angeline. (If you like the sound of the Casio vibes on our tune No One, well, Angeline's got the real deal.) Words can't express how cool and real this band is! The Lizard is an incredibly intimate venue where we'll be premiering two new tunes which appear in Red vs. Blue S5:E100.

Saturday, July 14: RvBTO. We'll be in Toronto, Ontario on Bastille Day for the RvB fan event RvBTO. We'll be performing at the after party on Saturday night at the Ram in the Rye, located at Church and Gould.

TAGS: Live show, RvBTO, Red vs Blue, Casio, No One

It's on! T.T. The Bear's Place in Central Square, Cambridge, Massachusetts on April 21 (this Saturday) at 10:00PM. Tickets are 8$, and the show is 18+. Also appearing that night are The Break Mission, Huck, and The Curtain Society. Hope to see you there!

Also, Anime Boston is this weekend! I'll be joining Gus and Joel and we'll be at the Red vs Blue booths (#504 and #506) at the Hynes Convention Center.

We'll be playing at T.T. The Bear's Place in Central Square, Cambridge, Massachusetts on April 21 at 10:00PM. Tickets are 8$, and the show is 18+. There are other cool acts on the bill which we'll link to you as well.

For those of you who have seen us live, you know how special T.T.'s is to us. This club, a fixture of the Boston music scene since the 70s, is where we played our first show back in 1997, and so it's only fitting that after our three-year hiatus, we should be playing there.

We'll have more details for you in a week or so.

After some personal (and personnel) setbacks, work on our follow-up CD is moving along, and we're looking into playing a show in April. Stay tuned.

The broken links, including the links to Alien Champion are now fixed, thanks for letting us know about them.